La lot is a Black pepper (Piper nigrum) relative originating from wet forested areas in Southeast Asia, its natural range extending from Thailand through Laos and Cambodia to Vietnam, where its leaves have long been eaten as a vegetable. In more recent times, people migrating from this region to other parts of the world have introduced the plant to places such as Australia and Hawaii, where it is now cultivated.

It is a perennial herb made up of clumps of erect leafy stems 40 to 60 cm (1.3 to 2 ft) tall and creeping stems branching off in all directions along the ground, all of which arise from underground rhizomes. The creeping stems quickly colonise new ground and start new clumps, eventually filling in empty spaces to create a densely leafy groundcover.

Leaves are typical of those of the Pepper (Piper) family, being heart-shaped with smooth margins, on top dark glossy green with prominent ribbing or veining, underneath dull green. They vary in length from 10 to 17 cm (4 to 7 in) and are alternately and spirally arranged along the stems.

Flowers are tiny, white becoming green, either female or male, and closely arranged on cylindrical spikes 1 to 1.5 cm (0.5 to 0.6 in) long, arising at nodes along the stems. Fertilised female flowers are followed by tiny round fruit enclosing a single seed, though rarely produced. 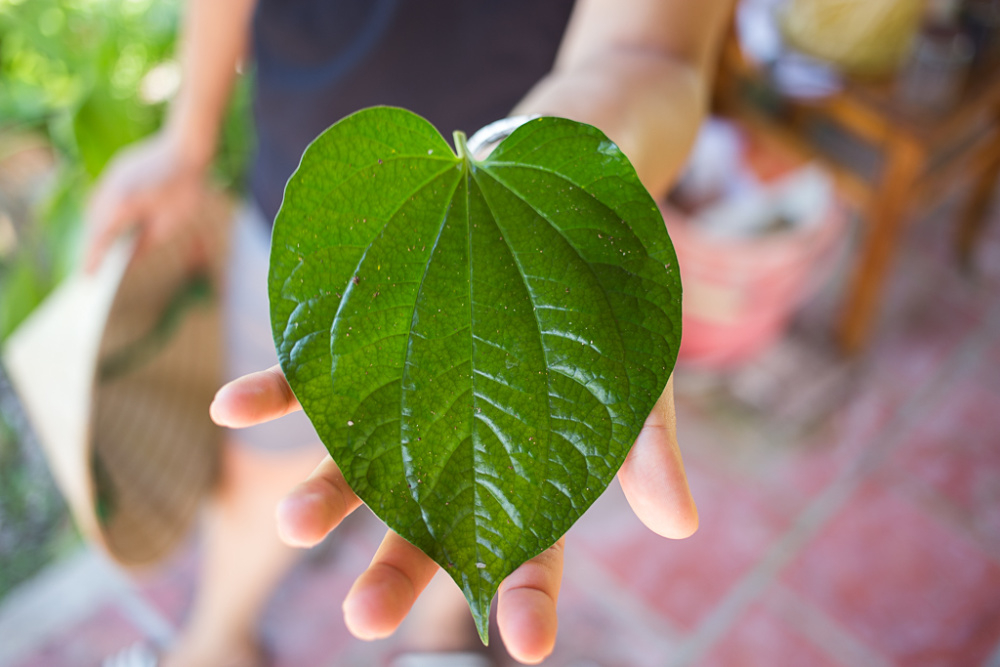 The leaves are heart-shaped

The tender young leaves are used in Asian cooking, particularly in Thailand and Vietnam. In Vietnam, they are washed and dampened to prevent them from burning, then used for wrapping seasoned ground meat into small parcels. The parcels are then grilled over coals and brushed with oil, again to moisten them. After grilling, they are served with Vietnamese dipping sauce (nuoc cham) together with steamed rice or rice noodles and a selection of fresh herbs, including Beefsteak mint (Perilla frutescens). In some areas, the parcels are shallow-fried instead of being grilled.

In Thailand, the leaves are more commonly used for wrapping peanuts, roasted coconut, ginger, dried shrimp and other flavour-packed ingredients into parcels eaten as a snack. They are also used as a decorative garnish and are sometimes added to Thai curries.

La lot is often confused with Betel pepper (Piper betle), the leaves of which are used for wrapping pieces of Betel nut (Areca catechu) into parcels for chewing, a popular masticatory in India, Southeast Asia and the Pacific region. 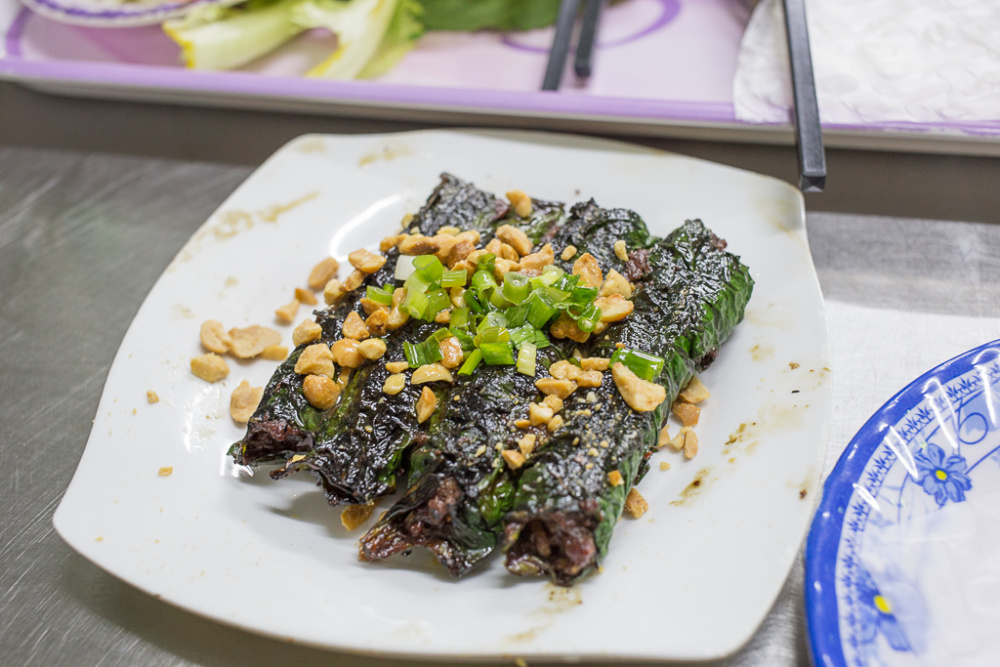 In Southeast Asia, the roots are used in traditional medicine as a diuretic and to treat coughs and asthma.

La lot grows naturally in humid subtropical and tropical climates, generally frost-free areas with annual lows of 13 to 25°C, annual highs of 22 to 35°C, annual rainfall of 1200 to 5000 mm and a dry season of 5 months or less.

La Lot can also be grown in pots or containers in cooler climates, if it can be moved indoors when there is a threat of frost or a fall in temperature consistently below 15°C (59°F).

New plants are grown from cuttings or are produced by dividing mature clumps into smaller sections for planting.

Performs best on rich, moist loam soils of a moderately acid to neutral nature, generally with a pH of 5.0 to 7.0, and on sites in partial sun or light shade. At least part of the plant should be under permanent shade and be mulched, especially in areas at the lower end of its rainfall range and with a harsh dry season, or on soils that dry out quickly.

La Lot is listed as a weed in at least one reference publication. Still, there does not appear to be any record of it as a serious weed or invasive species anywhere in the world, despite its introduction and widespread cultivation outside of its native range. However, escapees plants are able to quickly colonise ground in shaded forests, particularly in high rainfall areas and can become difficult to eradicate.