Coffee arabica is an evergreen plant from the highlands of East Africa, and the source of one of the world's most popular beverages, probably second only to tea (Camellia sinensis). Nowadays, coffee is cultivated in many warm climate countries for its berry-like fruit, each of which carries a pair of seed commonly referred to as coffee beans.

It is a lushly green, shapely, upright shrub or small tree that, in the wild, or unpruned, can attain heights of up to 7 .5 m (25 ft). However, it is typically much smaller in cultivation, kept to between 1.5 and 2.7 m (5 and 9 ft) tall to facilitate harvesting the berries.

Branching starts near the ground, with long, slender, gently ascending to almost horizontal branches growing off the main stem and those from the bottom up extending wider than those above, forming a domed canopy. The bark on mature plants is light grey, thin and finely fissured.

Leaves are elongated-oval with a pointed tip, 7 to 20 cm (3 to 6 in) long and ribbed on the surface. They emerge bronze, become dark glossy green and are in pairs along the branches, where they remain in all seasons.

The flowers are small, white, trumpet-shaped with five fused petals and sweetly fragrant. They are borne at leaf axils along the branches, in tight clusters of up to nine and encouraged into bloom by rains following a dry period, coinciding with spring to summer in its native range. In regions with two rainy season events a year, such as Jamaica, flowering and fruiting usually follows each event. Where the climate is perpetually wet or humid, flowering is intermittent to continuous.

Fertilised flowers develop into small oval fruit 1 to 1.5 cm (0.4 to 0.6 in) long, commonly known as coffee berries or cherries. Green when young, they become orange-yellow, pink or dark red when ripe, depending on the stage of ripeness and have thin, fleshy skin enclosing two largish seed. 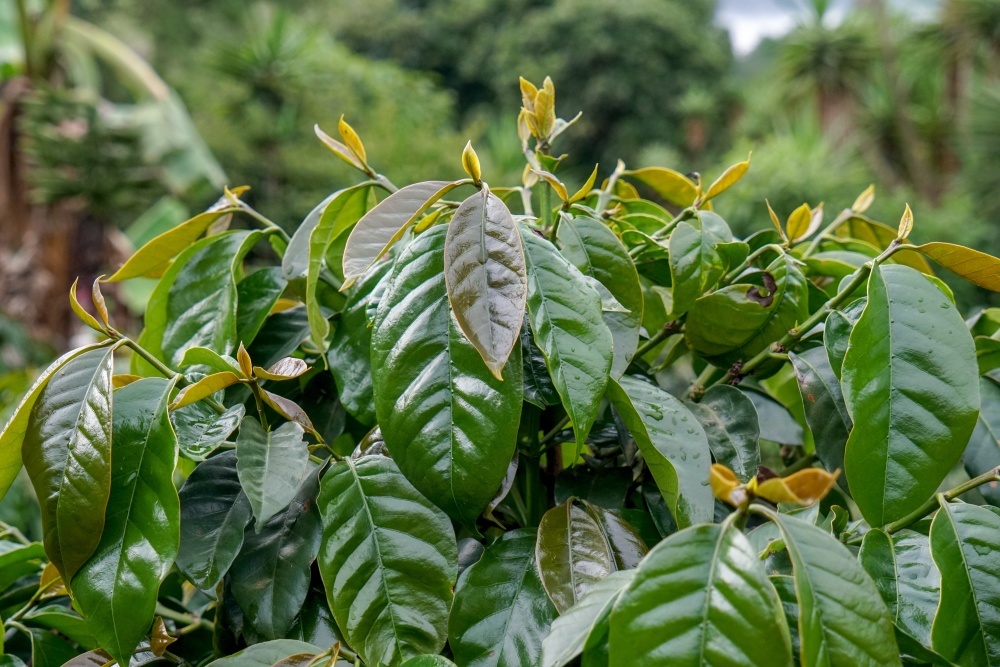 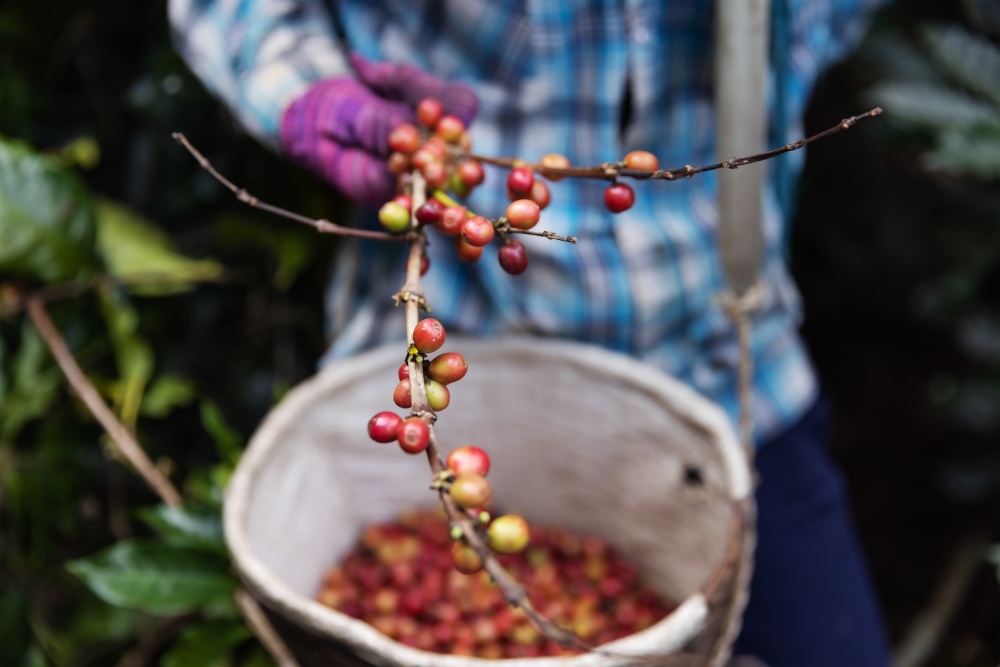 After harvest, the berries are pulped to extract the seed, which are then washed, fermented, dried, traditionally under the sun, and then roasted. Green or unroasted beans do not have any aroma. It is only on roasting that the characteristic coffee aromas and flavours develop due to the caramelisation of the sugars in the bean.

The beans are roasted to various shades of brown based on the coffee type to be brewed, ranging from lightly roasted, pale brown beans for instant and drip coffees to dark brown for espressos. Over the years, coffee bean roasting has gradually become a science, utilising highly sophisticated and expensive roasting machinery and monitoring equipment to obtain the desired caramelisation.

Coffee is widely consumed and appreciated for its distinct aroma, bitter-sweet complex flavours, and stimulating effects. Brewed coffee is made by grinding the roasted beans, brewing them with boiling water, and straining the liquid. Various extraction and filtration methods are used, including high-pressure water and steam used in making espresso coffees. Most coffee is consumed as a beverage by the cup, with only a minor portion of production used as a flavouring agent. Coffee flavouring is mainly used in sweets and confectionery, ice cream, yoghurt, milked-based beverages, soft drinks such as colas, baked goods, and liqueurs, such as Tia Maria and Kahlúa.

Green coffee beans contain about 10% of an alcohol soluble oil and wax that, after roasting and grinding, can be extracted using cold press methods. It is a dark brown oily liquid with a typical coffee aroma and flavour. It is sold and used commercially to scent cosmetics, perfumes, soaps and other aromatic and medicinal products.

Coffee flavouring is also an essence, an alcohol-based, concentrated liquid flavouring product used to add coffee flavour to baked goods and drinks. It is found for sale, usually in small bottles in the baking sections of supermarkets.

Coffee flowers produce more than sufficient nectar for honey production. They are reported as a major nectar source for beekeepers in Bolivia, Brazil, Colombia, The Dominican Republic, El Salvador, India, Mexico, Peru, Tanzania and Venezuela. Nectar flows are at their heaviest after rains and irrigation but are significantly reduced during drought. The honey varies from light to dark amber to brown and black. It has a delicate flavour with chocolate, brown sugar and caramel notes. These flavours predominate even on blending with other kinds of honey.

The flowers also provide a moderate amount of pollen for brood-rearing. And the presence of honeybees and other pollinating insects has been shown to increase coffee berry yields significantly.

The berry pulp is high in nitrogen and potassium. It can be used, fresh or composted, as a fertiliser and to add organic matter to the soil. 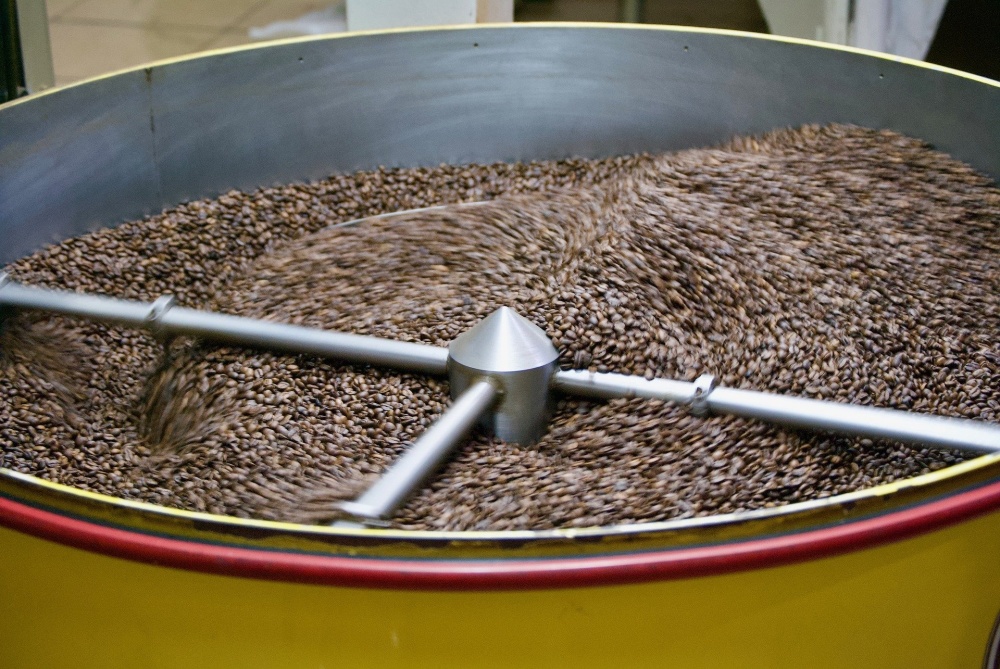 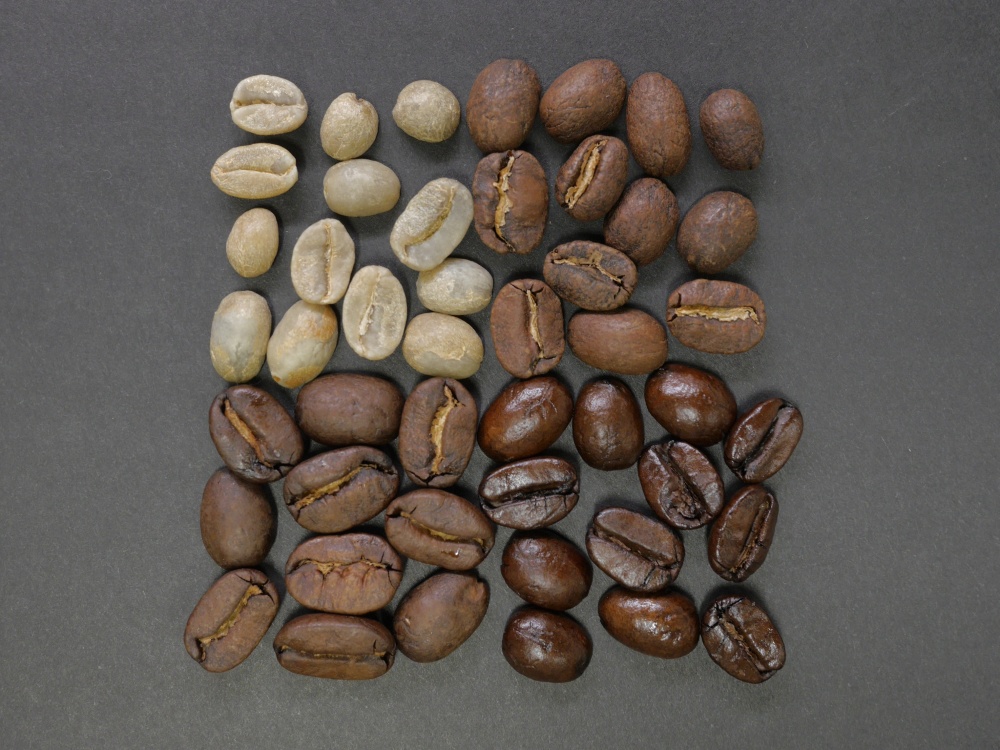 Photo by nousnou iwasaki on Unsplash 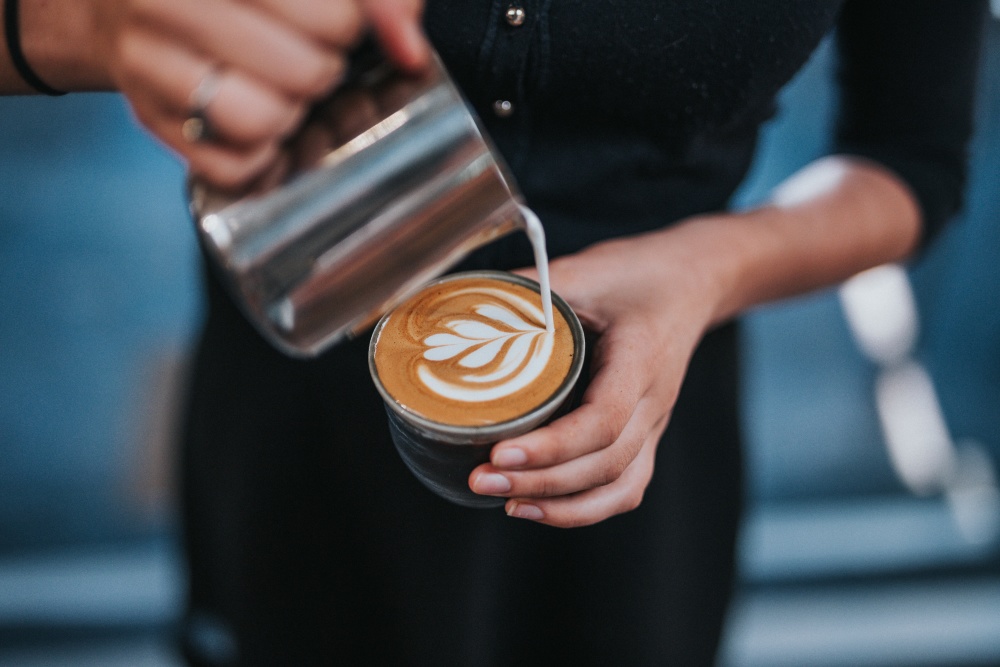 Photo by Tyler Nix on Unsplash

Coffee's active constituent is caffeine, which strongly stimulates the heart and central nervous system, increasing heart output and improving perception and physical performance. It also stimulates digestive juices and is a strong diuretic, increasing the production of urine.

Coffee arabica grows, flowers and fruits reliably in humid subtropical and tropical mid- to high-elevation climates, generally frost-free areas with annual lows of 11 to 20°C, annual highs of 19 to 32°C, annual rainfall of 1200 to 4000 mm, and a dry season of 3 months or less, extending to 6 months with irrigation.

The beans produced in tropical lowland climates are of relatively poor quality, lacking the depth and complexity of flavour of beans grown under cool, slow growth conditions at high elevation. Not surprisingly, some of the most expensive coffees in the world come from high-elevation areas such as the Blue Mountains of Jamaica, Kona in Hawaii, São Joaquim da Barra in Brazil, Ibb in Yemen and La Libertad in Guatemala.

New plants are usually started from seed selected from the ripe fruit of highly productive plants. After extraction, the seed are dried under shade for about ten days then sown in individual containers with a free-draining potting mix. Coffee seeds start to germinate within six to eight weeks. Then the seedlings are kept under light shade in a nursery and tended until ready for planting when about one-year-old or 30 to 50 cm (1 to 1.5 ft) tall.

Coffee seedlings have their best survival and development when planted out at the start of the rainy season and in loosely prepared soil, usually pits dug and enriched with organic matter, such as compost and well-rotted manure.

Performs best on moist, free-draining clay-loam, loam, sandy-loam and loamy-sand soils of a moderately acid to slightly alkaline nature, generally with a pH of 5.0 to 7.5, and on sites with light to medium shade exposure.

Coffee is an understory plant and needs shading to prevent sun-scorch, particularly in the first few years. It is common to plant under a fast-growing, short-lived perennial like Banana (Musa acuminata).

Seedling plants start to flower when around three years old. Under good care, they remain productive for another fifteen to twenty years.

The berries need to be hand-picked because they do not all ripen at the same time. In countries where labour is expensive, such as in Australia, harvesting is mechanised, resulting in a proportion of discarded green or unripe berries. 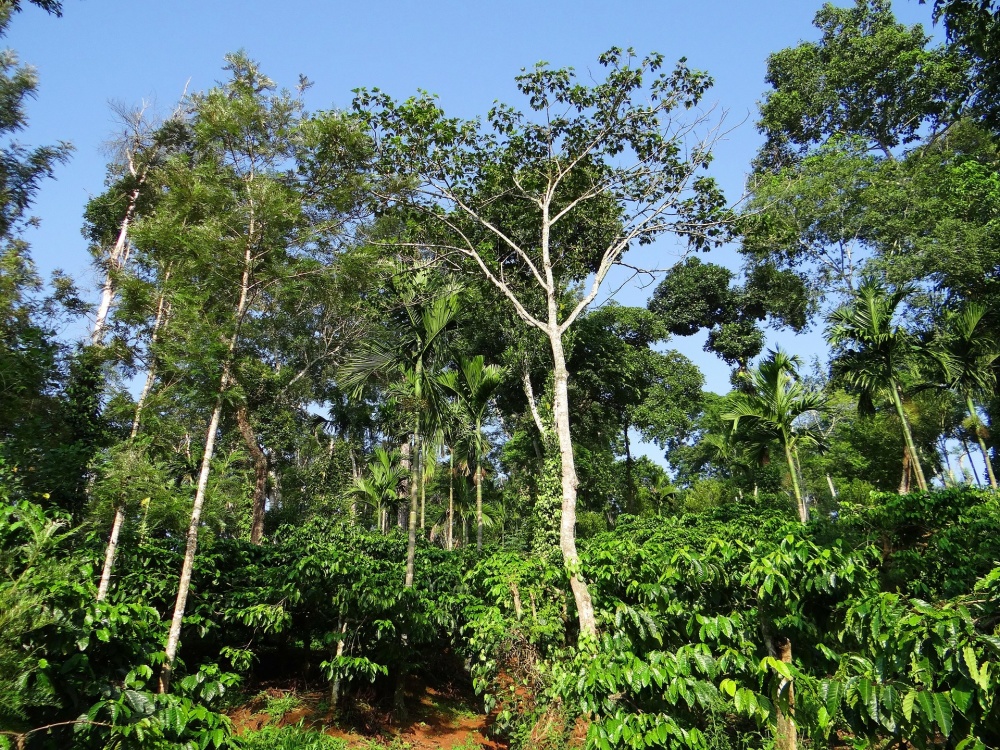 Birds are attracted to the fruit and disperse the seed outside of cultivation. It is assessed as a high weed risk species for Hawaii by the Hawaii Pacific Weed Risk Assessment (HPWRA) project.