Atemoya is a custard apple relative not naturally occurring in nature. It is a hybrid cross between the Cherimoya (Annona cherimola) and Sugar apple (Annona squamosa). Like most other members of the Annona plant family, it has its origins in tropical America. Now a popular backyard fruit tree in many countries, it is also grown commercially in Australia, Israel and South Africa.

It is a small tree, reaching heights of up to 10 m (33 ft), though it is typically 3 to 7 m (10 to 23 ft) tall with horizontal, wide-spreading branches. These start close to the ground, forming a densely leafy rounded crown. The bark is grey or grey-brown and smooth.

Leaves are elongated-oval, up to 15 cm (6 in) long, medium green, smooth on the margins and have a leathery texture. They are alternately arranged along the stems towards the ends of the branches and are briefly deciduous, falling off the tree just before the new leaf buds emerge.

The flowers are typical of the Annona family, oblong and tubular, up to 6 cm (2.4 in) long and made up of two sets of three petals. The inside set pale-yellow, the outside set yellow-green, leathery, and with neither group fully opening. They are bisexual, with both female and male parts and are borne singly or in small clusters that hang pendant on stalks from the branches, where they attract pollinating insects.

Fertilised flowers develop into medium-sized to large heart-shaped fruit, from 8 to 15 cm (3 to 6 in) in diameter and 0.3 to 1.0 kg (0.7 to 2.2 lbs )in weight, depending on the variety. The rind is thick and leathery, green with a lumpy surface and protects soft white pulp embedded with largish, smooth, dark brown, oblong seed. 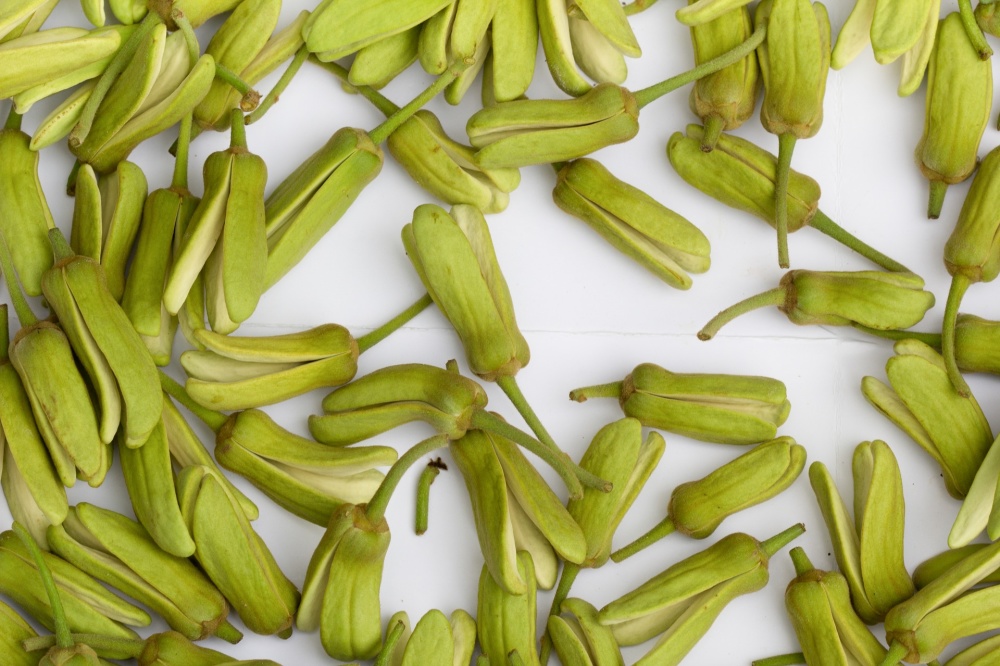 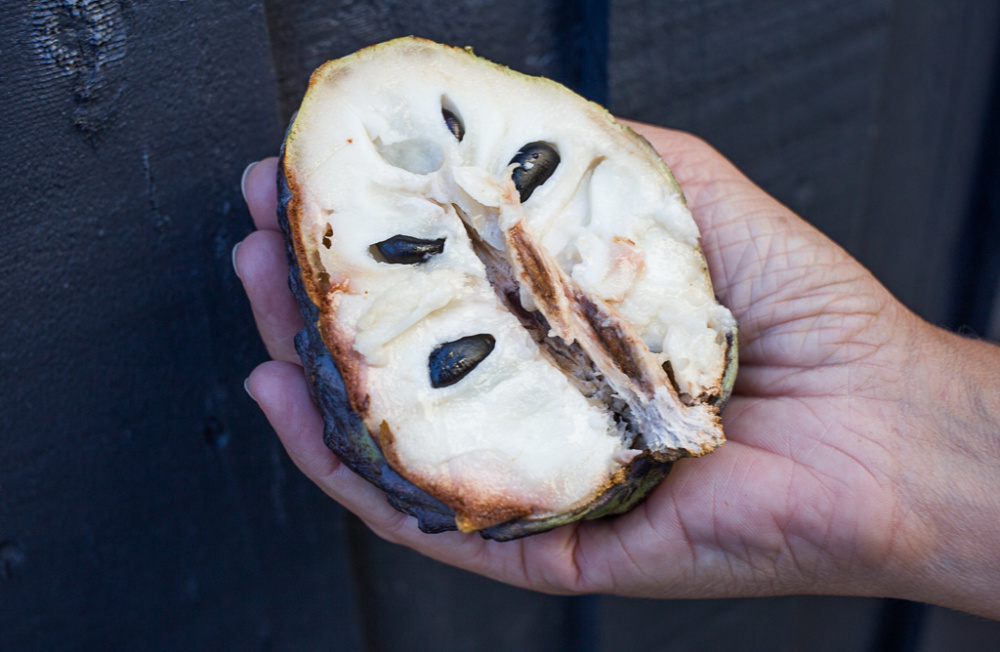 The ripe fruit is usually eaten fresh out-of-hand and has a smooth, melting, aromatic pulp with an agreeable sweet to sub-acid flavour, closely similar to that of Cherimoya (Annona cherimola). After removing the seed, it is sometimes blended in drinks or is used to flavour chilled desserts, such as ice cream.

Atemoya grows well and is productive in humid subtropical and tropical climates, generally areas with annual lows of 13 to 20°C, annual highs of 22 to 33°C, annual rainfall of 1000 to 3500 mm and a dry season of 5 months or less. However, cultivation in humid tropical lowland climates is best limited to heat-tolerant varieties such as 'Genfer' and, to a lesser extent, 'African Pride'.

Atemoya can also be cultivated with irrigation in areas having a dry season lasting up to 8 months. When grown under dry conditions, the trees benefit from a micro-climate where irrigation can be misted on them over the top of their canopy.

Propagation techniques commonly used include air-layering (circumposing) and grafting. However, grafting cuttings onto seedling rootstock is limited by compatibility to Atemoya, Cherimoya (Annona cherimola) and Sugar apple (Annona squamosa) seedlings. Sugar apple rootstock tends to produce smaller trees than those of the other rootstock types.

Performs best on rich, free-draining loam and sand soils of a moderately acid to neutral nature, generally with a pH of 5.0 to 7.0, and on sites with full sun exposure. It has poor tolerance to clayey, slow-draining and waterlogged soils.

It produces fruit with viable seed and is reported as an introduced species in the Philippines, though not as a weed. Otherwise, there does not appear to be any record of it anywhere as a weed or invasive species.

The seed have poisonous and irritant properties and should not be swallowed or brought into contact with the eyes.