Originating from the humid tropical forests of Brazil, Bolivia, Colombia and Peru, the Rubber tree is valued for its latex, which is the world's principal source of natural rubber.

The leaves are compound, comprised of three oval leaflets, each leaf-like in appearance, dark green above and light green below. In the dry season, they fall from the tree and are replaced soon by new leaves that emerge at the beginning of the rainy season.

The flowers are small and insignificant with hairy, whitish to pale yellow petals and bloom in the rainy season, coinciding with new leaf growth. They develop into egg-shaped seed capsules with a smooth brown shell patterned in black markings. When mature, they burst open with a popping sound and scatter their seed a considerable distance from the parent tree. 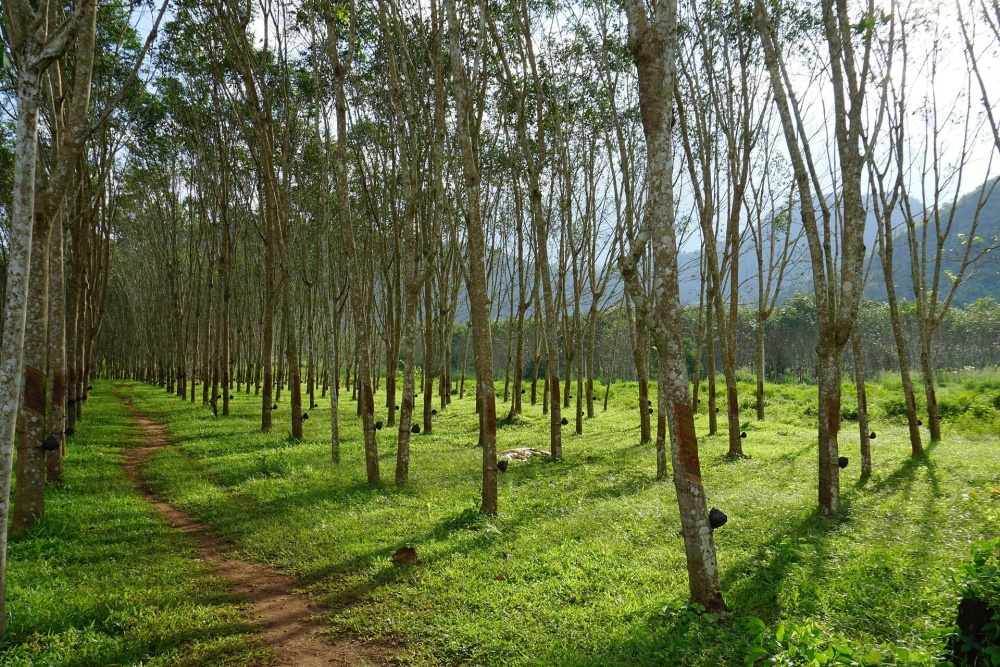 Image by Tracey Wong from Pixabay

A sticky, white latex is tapped from the trunk using a series of connected incisions that allows the latex to flow into a receptacle. After it is collected, the latex is coagulated, traditionally by warming it over a fire but nowadays by using a coagulant such as formic acid, making for a cleaner and more efficient coagulation process. The resulting crude rubber is then dried and readied for further processing into rubber products.

Yields of fresh latex is influenced by various factors, including climate, soil and planting densities, which, among other things, affect trunk diameter. Annual yields in commercial plantations range from 1000 to 1500 kg of latex per hectare (900 to 1300 lbs per acre).

The flowers produce abundant nectar suitable for honey production, with flows lasting up to forty days over the flowering period. It is classed as a major honey plant in India, with the leading producers located in Kerala and Karnataka states, in the south of the sub-continent.

Reported yields vary from 10 to 40 kg (22 to 88 lbs) of honey per colony per season. It is estimated that each tree can produce enough nectar to yield 3 kg (6.6 lbs) of honey. The honey itself is clear, water-white to pale yellow, very sweet and quick to granulate, with crystals starting to form after two months.

The seed kernel, which amounts to 50% of the seed, contains about 45% of a red coloured drying oil known as 'Para seed oil'. It is used chiefly in the manufacture of soap but, after refining, can also be used in paints. It has also reportedly been successfully engine-tested as a biodiesel. The leftover cake or meal can be used as a fertiliser or feeding stock. 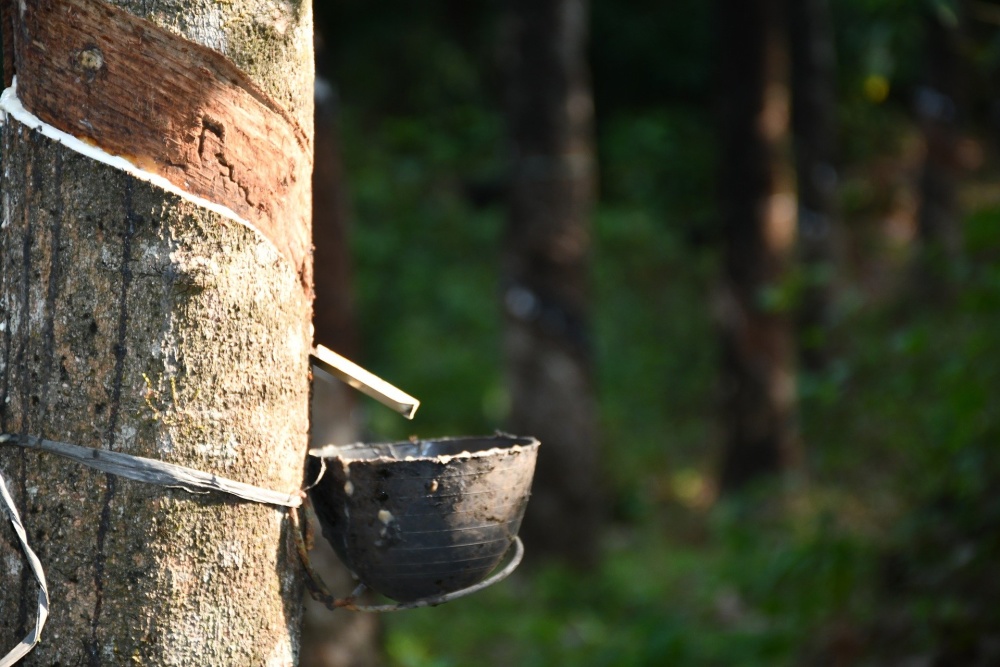 Image by Abhilash Jacob from Pixabay

Grows naturally and yields good quantities of latex in humid to very humid tropical lowland climates, generally frost-free areas with annual lows of 19 to 25°C, annual highs of 27 to 35°C, annual rainfall of 1600 to 4000 mm and a winter dry season of 4 months or less.

Rubber trees do not thrive in areas with a long or pronounced dry season, where there is frost or where the average low of the warmest month is less than 10°C (50°F).

New plants are usually grown from seed. It performs best on deep, rich, free-draining clay and loam soils of an acid to neutral nature, generally with a pH of 4.5 to 7.0, and on sites with light shade to partial sun exposure. The trees are ready to be tapped for their latex when around five to six years old.

The mature fruit eject their seed with force, propelling them up to 15 m (50 ft) away from the parent plant. It is reported as an invasive species, a serious weed class, in at least one reference publication and as having naturalised in Australia, where it is also recorded as a weed of the environment. It would appear it is a high weed risk under conditions optimal for germination and growth.