Brazilian or Paraná pine is a timber and nut-bearing conifer native to subtropical parts of southern Brazil.

Branching starts low on the trunk on young trees, forming a pyramidal-shaped crown. As the tree ages, it self-prunes its lower branches, exposing the trunk. By the time the tree reaches maturity, only a few branches remain, and these are high on the trunk near the top of the tree, forming a flat-topped candelabra shaped crown. The bark is grey to grey-brown and rough.

The leaves are dark green, triangular-shaped, sharply-pointed, 3 to 6 cm (1 to 2 in) long and arranged spirally along the ends of the branches. They remain on the tree in all seasons.

Brazilian pine bears female and male cones on separate trees. Cones on male trees are elongated oval, up to 10.6 cm (4 in) long and produce pollen that gets carried on the wind to fertilise the cones on female trees. The female cones are large, rounded, close to a football in shape and size and have a green weight of around 3 to 4 kg (7 to 9 lbs). They take two to three years to reach full maturity, becoming rust-brown and contain many sizeable egg-shaped seed. 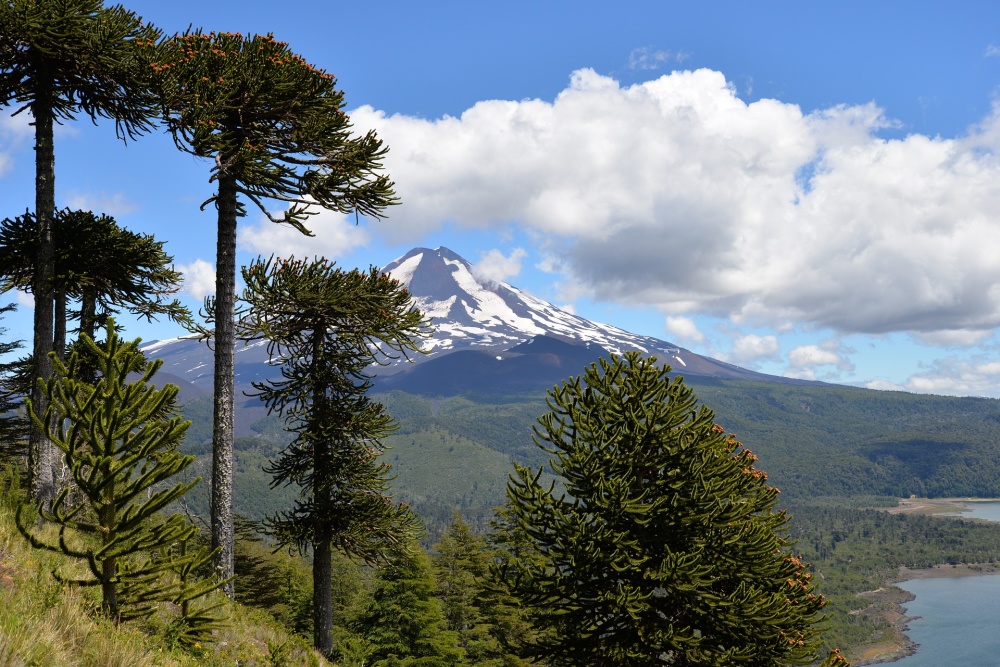 Photo by Patricio Hurtado from Pixabay

The mature cones contain large, edible seed kernels, each around 4 to 7 cm (1.5 to 2.8 in) long and with an elongated egg shape. Being tasty and nutritious, they are a popular nut in Brazil's south, either roasted or boiled in their skin then peeled and eaten.

Brazilian pine produces a light- to medium-weight wood, averaging at around 550 kilograms per cubic meter (34 lbs per cubic ft), with low natural resistance to rot and decay. This classes it as a non-durable softwood, which limits its use outdoors. The heartwood is yellowish-white to pale-brown, usually with attractive red streaking.

Large, well-formed logs are sawn into planks used in light construction, joinery work and for making furniture and cabinets, or are sliced into sheets for decorative veneer and plywood. Small diameter logs are cut for fence posts and tall transmission poles for carrying electricity and communication cables. They are also processed into pulp for making paper and manufactured woods such as particleboard.

It is listed as a critically endangered tree species by the International Union for Conservation of Nature and Natural Resources (IUCN), bringing attention to its conservation needs. 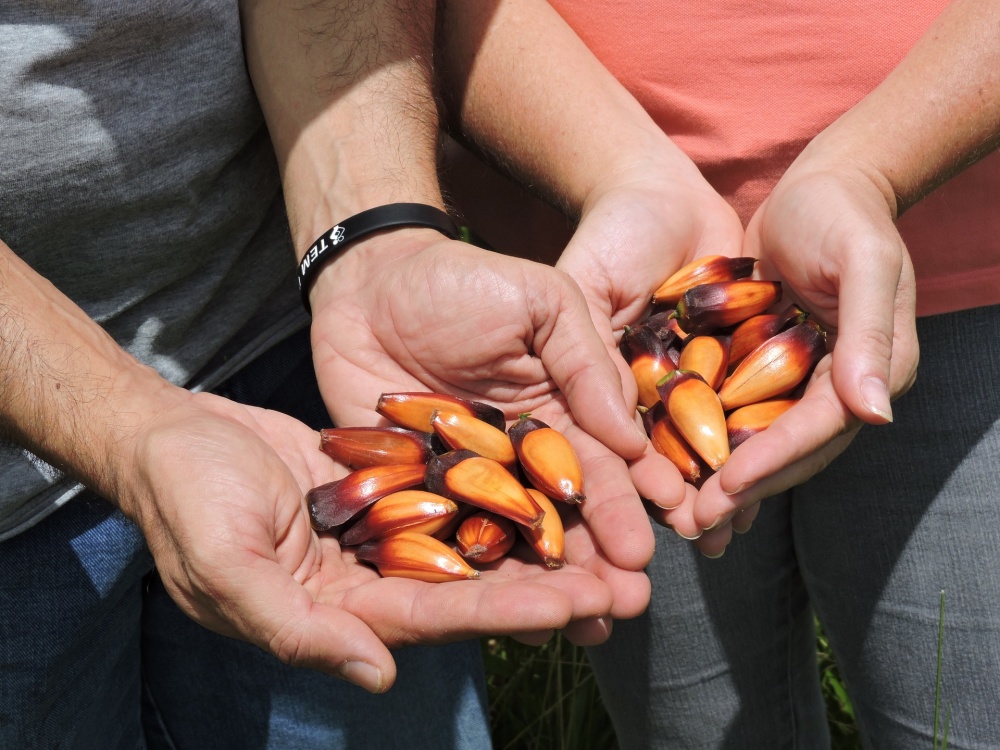 Photo by joapereira from Pixabay

Although naturally adapted to humid subtropical climates, Brazilian pine also grows well in warm-temperate and tropical highland climates, generally areas with annual lows of 10 to 17°C, annual highs of 17 to 28°C, annual rainfall of 1000 to 2600 mm and a dry season of 3 months or less.

New plants are usually started from seed, but these lose their viability quickly and are best when sown within three to four weeks after extracting from the cone. Alternately, they can be stored for for extended periods in sealed containers under cool, dry, air-tight conditions. Seed for sowing should only be sourced from freshly fallen cones, which helps ensure their viability.

Performs best on deep, rich, moist, free-draining clay, loam or sand soils of a moderately acid to neutral nature, generally with a pH of 5.5 to 7.5, and on sites with full to partial sun exposure.

The seed are heavy and not easily dispersed by birds but are know to be dispersed by ground-dwelling animals, including rodents. It is listed in at least one reference publication as a weed somewhere in the world. Still, there does not appear to be any records of it naturalising or becoming a serious weed.

The leaves have sharp points that can inflict pain or injury if handled.