Seagrape is a landscape shrub or small tree originating in Central America and the Caribbean and commonly associated with coastal areas.

Growing near the seashore, it is typically 2 to 4 m (7 to 13 ft) tall, often with multiple trunks dividing at the base in a V-shape, forming a wide-spreading crown. Inland, away from the coast, it is taller, reaching up to 15 m (50 ft) and is more tree-like, usually with a single trunk and rounded crown.

The leaves have a large, round saucer shape and are dull green, prominently veined and leathery. Most change colour in the dry season, becoming bright red before falling to the ground. They are replaced by new leaves in the rainy season, emerging bronze-red, and gradually becoming green.

Flowers are small, white, fragrant and either female or male (on separate plants). They bloom mainly in spring, with occasional blooms over the rest of the year and are followed on female plants by small, round fruit held in hanging clusters. Green when young, they ripen to deep purple, resembling long bunches of grapes. 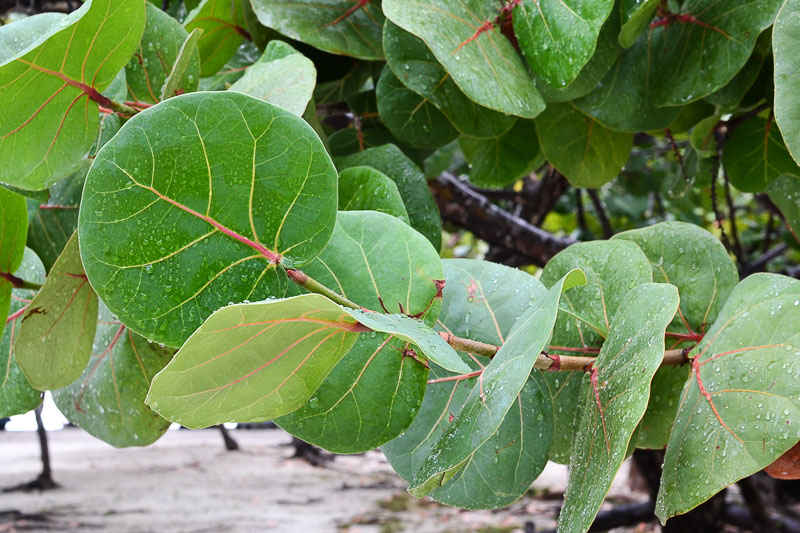 Shrubs growing on or near the beach provide much-needed shade for beachgoers seeking relief from the hot midday sun. One of the first woody plants to naturally colonise sandy beaches, it is a good candidate for planting to minimise beach erosion. It is also sometimes cultivated as a windbreak and hedge in seaside gardens.

The fruit have a large seed and thin pulp that, although astringent, has a sweetish grape-like flavour when fully ripe. Commonly picked by beachgoers, they are eaten fresh-out-of-hand but are considered a minor fruit. However, they make an excellent jam or jelly to spread on bread and pastries. They also sustain wild birdlife in its native range, including indigenous pigeon species.

The flowers produce significant quantities of nectar for honey production. But the honey is of limited commercial value, being pale in colour, cloudy and with a high moisture content.

The wood is fine-grained, heavy and hard, but susceptible to termite infestation. It is a low-smoking wood, mainly used for firewood and making charcoal and has a history of use by blacksmiths in Mexico. A tanning agent was at one time extracted from the bark and exported to Europe.

The large, roundish leaves are used by florists as backing greenery, particularly in large arrangements. 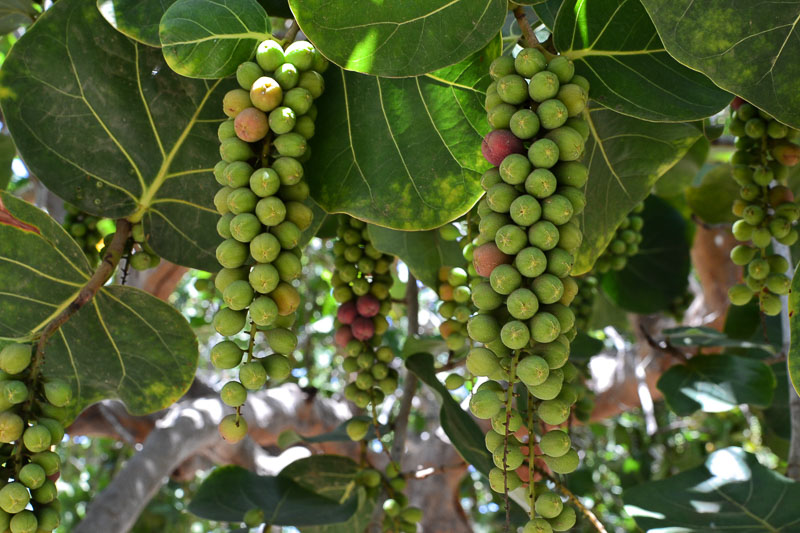 Grows naturally in sub-humid to humid tropical climates, generally areas with annual lows of 16 to 25°C, annual highs of 25 to 37°C, annual rainfall of 600 to 4500 mm and a dry season of 7 months or less, extending to 12 months with irrigation or groundwater.

New plants can be started from seed, cuttings or using air-layering (circumposing) techniques. Male plants do not bear fruit, so vegetative propagation is preferred to control the ratio of male to female plants. Plants grown from cuttings are reported to bear fruit earlier and grow faster than plants propagated from seed.

Performs best on free-draining sand and loam soil of a neutral to alkaline nature, generally with a pH of 7.0 to 8.0. It has good tolerance to drought, salt, limestone, tidal flooding and windy conditions. 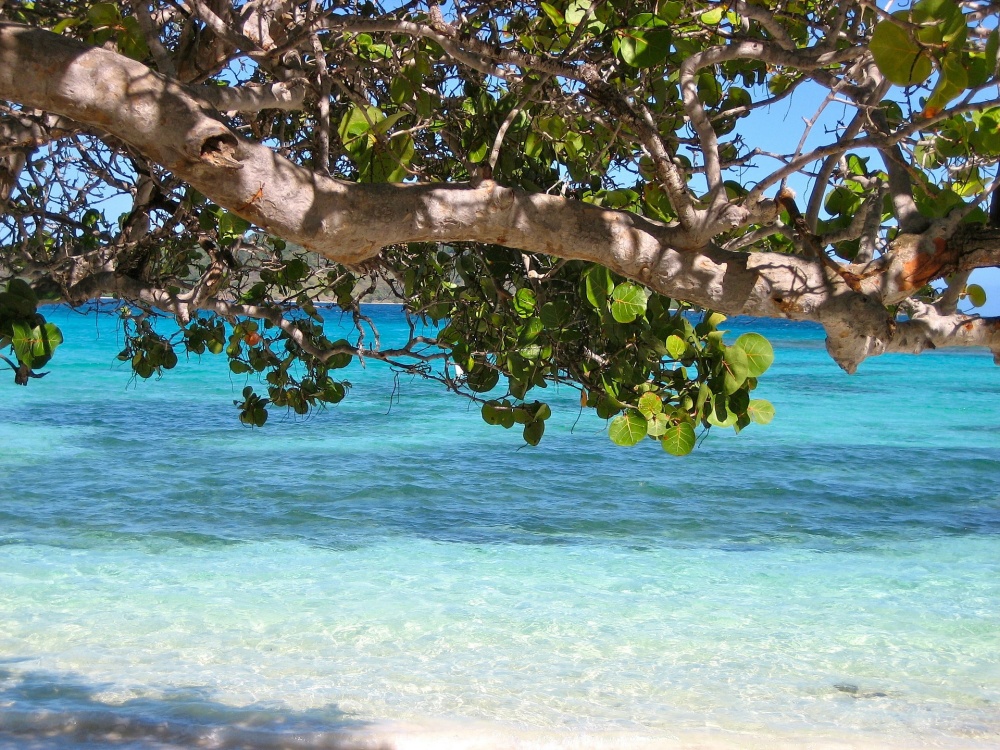 Photo by suesun from Pixabay

Birds and other animals eat the fruit and carry the seed to new areas. This has resulted in its being listed as a weed in more than one reference publication. Still, there does not appear to be any record of it anywhere as a serious or high weed risk species. The Hawaii Pacific Weed Risk Assessment project (HPWRA) assessed it as a low weed risk species for Hawaii.

The leaves create litter in the dry season, falling to the ground after changing colour.