Asparagus is a perennial herb widely cultivated as a vegetable and originates from the region extending from North Africa through the Mediterranean to eastern Asia.

It grows in clumps, sending up shoots from underground rhizomes. The shoots then develop into semi-woody cane-like stems up to 2 m (6 ft) tall, topped with a mass of soft, green, wispy, feathery leaves.

The flowers are small, yellow and unisex, with female and male flowers on separate plants. They bloom for most of the year in warm climates and are followed on female plants by small, round berry-like fruit that turn bright red when ripe with up to six tiny seed inside. 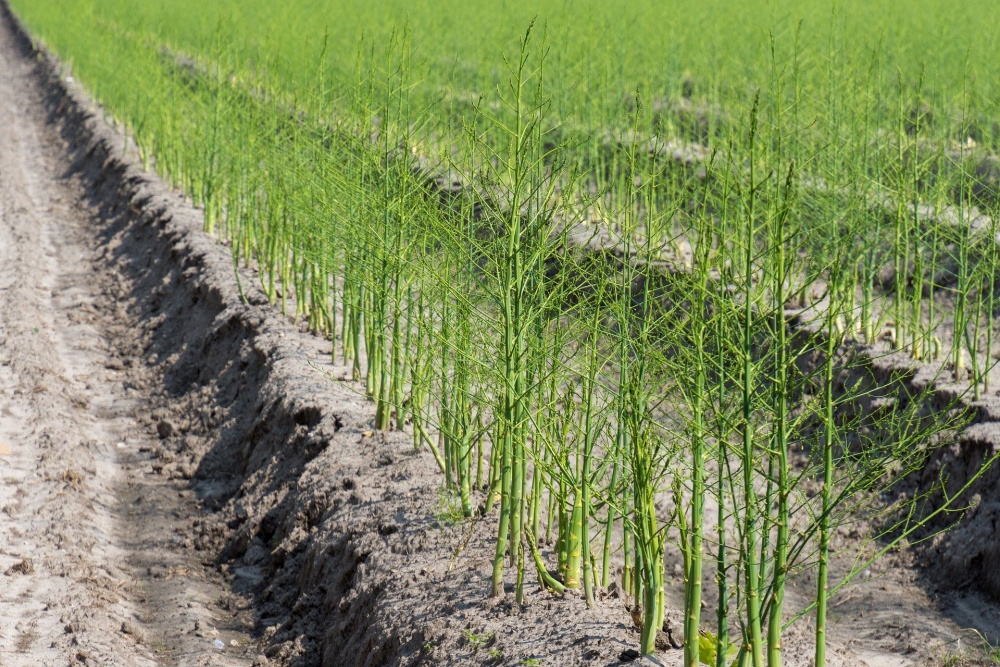 The young shoots, commonly know as spears are cooked as a vegetable. They are harvested by cutting them off at the base soon after they have sprouted and while they are still young and tender. They are then usually prepared steamed or stir-fried.

Asparagus is sometimes cultivated on steeply sloping hillsides in tropical areas to prevent soil erosion, which it does very well by forming dense clumps.

The wispy, feathery foliage is used by florists as backing greenery, to give texture to floral arrangements, particularly tall arrangements. 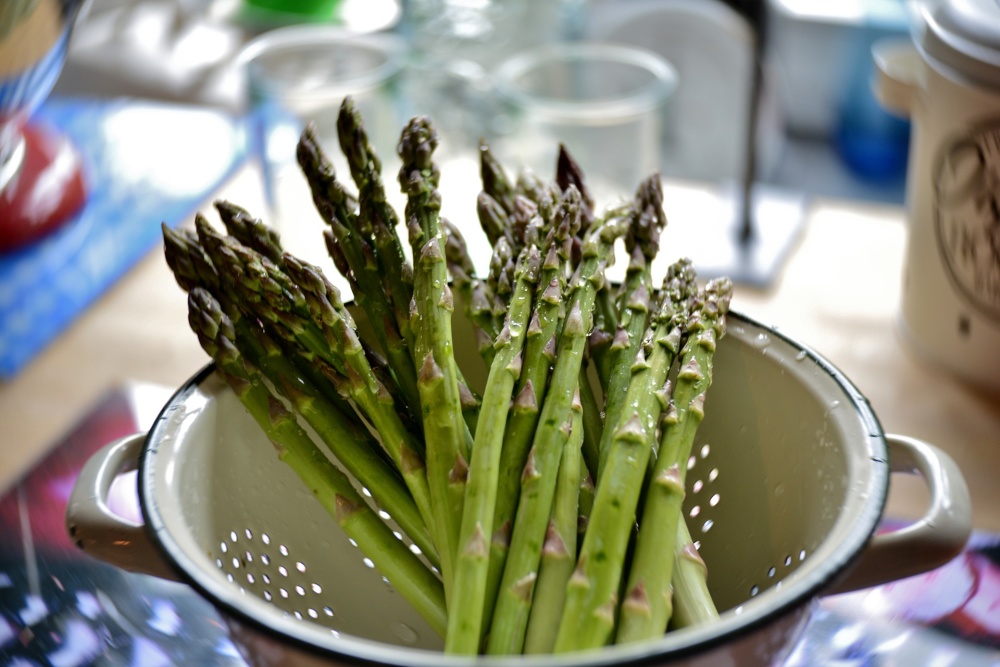 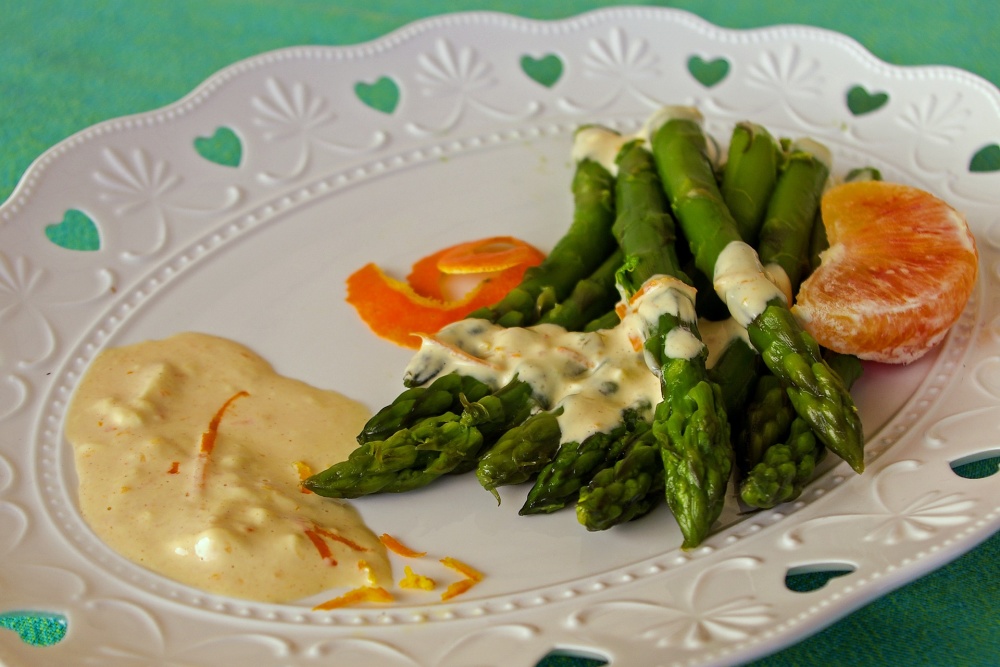 Asparagus spears contain asparagine, an amino acid with strong diuretic action, helping to flush excess salt and fluid from the body, essentially through the urine. It is known to help with the relief of urinary problems, including cystitis, and rheumatic conditions brought on by the build-up of toxins in the joints.

The spears also contain very high levels of Folate as well as high levels of Vitamins A, B1 (Thiamine), B2 (Riboflavin), B3 (Niacin), B6 (Pyridoxine), C (Ascorbic acid), E, K and Biotin.

Produces good quality spears in moderately humid to humid temperate, subtropical and tropical mid- to high-elevation climates, generally areas with annual lows of 9 to 19°C, annual highs of 17 to 30°C, annual rainfall of 700 to 3000 mm and a dry season of 5 months or less, extending to 12 months with irrigation.

New plants are usually started from divisions, which involves dividing well-established, mature clumps into smaller pieces for planting. The best time to plant divisions is spring in subtropical areas and in tropical areas when there is enough soil moisture for growth. Newly planted divisions need time to establish before they are harvested for their spears, with twelve months the minimum recommended waiting time.

New plants can also be grown from seed, but this results in both male and female plants being produced, which adds the risk of the seed being dispersed outside of cultivation and causing a weed problem. Good practice is to cultivate only male plants, which also give the highest yields. Hybrid, all-male varieties reported to give good yields in Hawaii include, ‘Apollo’, ‘Atlas’, and ‘UC157', which is also the variety commonly cultivated in subtropical Australia.

Asparagus is a hungry feeder, requiring free-draining, manure-rich loamy soils of a slightly acid to slightly alkaline nature, generally with a pH of 6.0 to 7.5 for good growth and shoot production. It does best on sites with full to partial sun exposure and with mulching to minimise soil water loss.

The spears sprout in response to water, either after watering or after it rains, but will sprout year-round and for up to five years under constantly moist, subtropical and tropical conditions or until the soil is depleted of nutrients. The spears are first harvested when the plant has become established, around one to two years after planting.

The plant's productive life is extended in areas with seasonally dry or cool conditions that allow it to go dormant, or rest. Asparagus farmers in subtropical and tropical areas artificially create dormancy by stopping watering and fertilizing. This causes the plant to eventually die back, sending energy to the roots.

Birds are attracted to the small red fruit on female plants and disperse the seed outside of cultivation. It is listed as a serious weed in at least one reference publication.