Cassava is one of the most widely cultivated root crops, probably second only to the Potato (Solanum tuberosum), with tubers that are used for food, livestock feed and as a raw material in a range of industries.

Originating in South America, the plant's natural range extends from Guyana, Surinam and Venezuela in the north of the continent, south to central Brazil.

A shrubby perennial, it develops semi-woody, grey-brown and jointed cane-like stems 2 to 3 m (7 to 10 ft) tall. These sprout from underground tubers to form clumps of erect stems topped with large, green, deeply-lobed palmate leaves. The leaves are attached to the stems by long slender stalks that may be green or crimson red, depending on the variety. All parts of the plant exude a sticky, milky-white latex when wounded.

The underground tubers are where the plant stores starch as a reserve during dormant periods, when there is insufficient warmth or moisture for growth. These are typically cylindrical-shaped tapering to a point, 20 to 60 cm (0.7 to 2 ft) long, sometimes even longer, and have starchy white or pale yellow pulp enclosed in thick brown skin. A single plant normally produces from five to ten tubers radiating from the base of the stem.

Flowers small, five-petaled, green or crimson-red, depending on the variety and either female or male borne on the same cluster. Female flowers open about a week before male flowers ensuring cross-pollination. The fertilized female flowers are followed by six-winged seed capsules containing three elliptical seed, these with grey or mottled colouring.

There are many varieties of Cassava, varying in aspects such as plant size, leaf shape and size, tuber shape and size, pulp colour and adaptation to specific climates. However, they are more commonly divided into two broad types, those with sweet and those with bitter pulp, the descriptor 'bitter' referring to the latter's poisonous properties.

This is done in three stages. First, the tubers are peeled, rinsed and then finely grated. The grated pulp is then pressed through a basket, bag or cloth to extract the juice (the main carrier of the poison), leaving behind a dry, coarse flour. The final stage involves heating or cooking the flour, which causes any remaining prussic acid to dissipate. Grinding, milling and sifting thereafter results in the end product 'Cassava flour'.

Cassava flour and starch made from it are used in enormous quantities worldwide, in food, livestock feed and for a range of industrial purposes.

A fine starch made by washing the flour and separating out the fibres is known commonly as 'Tapioca starch'. This is widely used as a gluten-free thickening agent in foods, including soups, sauces, ice-cream and other dairy and non-dairy desserts. The starch is also used for making instant noodles and chewy tapioca 'pearls' used in the 'pearl drinks' and 'bubble teas' served up in Asia. Brewers in tropical countries are also increasingly turning to tapioca starch to replace maltose corn syrup in the brewing of beer and other alcoholic beverages.

Beyond food, tapioca starch is used for sizing yarn in textile processing, in papermaking for paper pressing and polishing, in animal feed as a binder, as a binding adhesive in plywood and for distilling into industrial and medicinal alcohol. Tapioca starch is also much used in the pharmaceutical industry as a spray starch for coating tablets, pills and capsules, as well as a binder, glidant (for improving flowability) and disintegrant (for causing pills and tablets to disintegrate and release their medicinal substances when ingested).

New uses for tapioca starch being researched and developed include making bio-degradable plastic bags, as well as combining the starch with plant-based fibres to make take-away cups, fast-food containers and disposable utensils. Biodegradable plastic derived from cassava (and other plant starches) is technically known as PLA or Poly(lactic acid).

Unlike the 'Bitter' types, the tubers of the 'Sweet' types of cassava may be simply peeled then roasted or baked, made into fries or chips (similar to sweet potato) or boiled and eaten as a starchy vegetable. The risk of prussic acid poisoning being removed by peeling away the skin and by cooking. 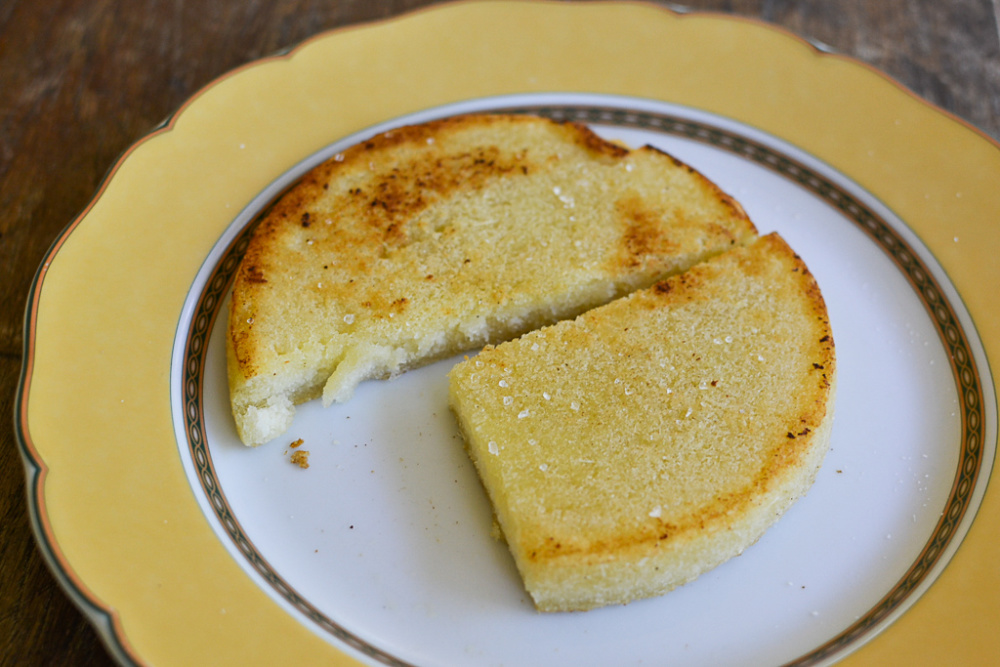 Cassava flour is a starchy food rich in carbohydrates, making it a good source of energy. It is also easily digestible and relatively high in calcium, phosphorus and iron.

Cassava starch is being increasingly used in Jamaica, by the country's main brewery, to replace high maltose corn syrup in the production of 'Red Stripe Beer', the island's premier larger, as well to produce various stout and malt beverages. This has led to a resurgence in local cassava cultivation.

Grows naturally and produces edible tubers in sub-humid to humid subtropical and tropical climates, generally frost-free areas with annual lows of 14 to 25 °C, annual highs of 26 to 35 °C, annual rainfall of 800 to 5000 mm and a dry season of 6 months or less.

Although cassava also grows well in climates with no dry season, the perpetually wet conditions causes the plant to produce excessive above ground growth at the expense of root tubers. In contrast, cassava cultivated with irrigation in dry climates (with a long or pronounced dry season) produces good yields of root tubers.

Cuttings about 15 cm (6 in) long are planted nearly horizontal in the soil, leaving one end about 5 cm (2 in) above soil. Common practice is to grow the crop on soil mounds or ridges, so that the roots have enough room to grow down, and there is good drainage.

Soil preparation and planting are carried out during or near the end of the rainy season, when there is sufficient soil moisture for good growth and development.

Performs best on deep, rich, friable and free-draining clay-loam, loam and sandy-loam soils of a moderately acid to alkaline nature, generally with a pH of 5.5 to 8.5, and on sites with full sun exposure. Cassava plants have good tolerance to limestone soils but do poorly on soils that are slow-draining or permanently wet.

Eating cassava carelessly prepared is a poison risk which can result in serious illness and in some cases death.

Cassava is listed as a weed in more than one reference publication but there does not appear to be any record of it as a serious weed anywhere. It is assessed as a low weed risk species for Hawaii by the Hawaii Pacific Weed Risk Assessment project (HPWRA).